With thoughtful planning, you have the power to make a difference in the lives of our hungry neighbors.

Mail in your donation

Recommend a grant through your Fidelity Charitable Fund

Honor someone special or memorialize someone who has passed with a gift online, or by check

Join Pledge Partners, our monthly giving society, by using your credit card, checking or savings account, or your own checks.

If you have any questions or concerns, please send an email to Development Operations.

Other Ways to Give

Sponsor an event for your organization or business benefiting Mid-Ohio Foodbank. Click here to register your third party event.

With thoughtful planning, you have the power to make a difference in the lives of our hungry neighbors.

Below are links to valuable information about the many creative ways in which you can meet both your personal planning and charitable giving objectives. By working with you and your advisors, Mid-Ohio Foodbank will ensure that your philanthropy not only maximizes the benefits of available tax incentives, but also creates a lasting legacy in the fight against hunger. 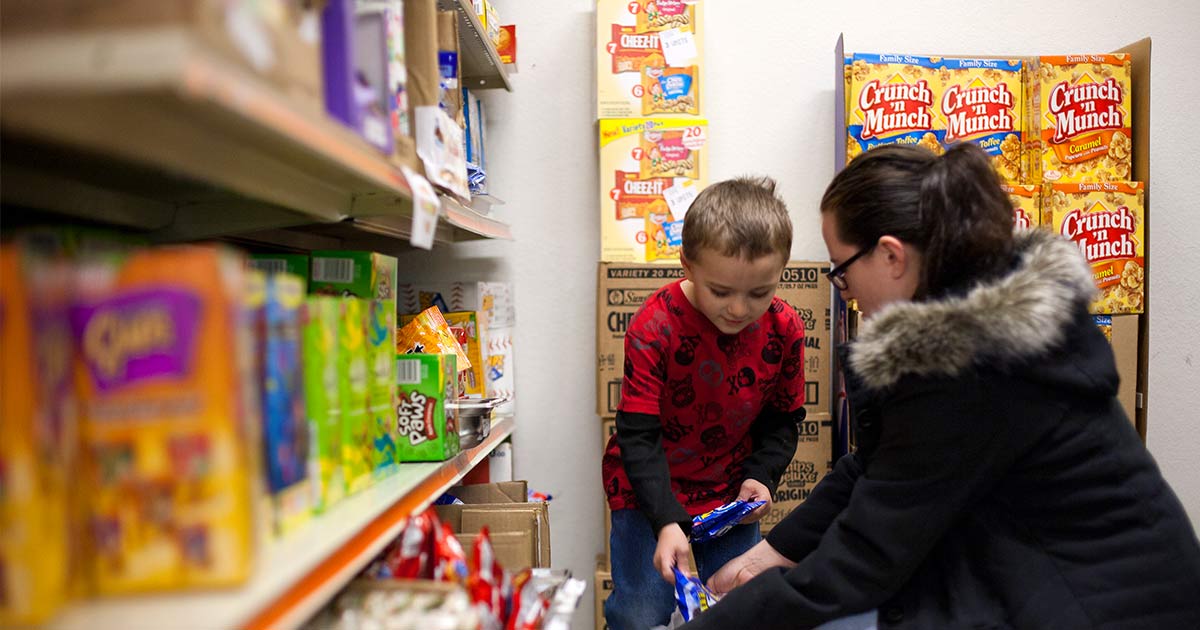 Make A Gift of Stock

A gift of stock is a great way to maximize tax savings and support hungry families.

For stocks you have held for at least 1 year that have increased in value (appreciated), the key to saving on taxes is to donate the shares directly to Mid-Ohio Foodbank. You will receive a double tax benefit by:

• Avoiding capital gains on the profit you’ve earned.
• Receiving a full tax deduction for the fair market value of your gift.

To make a gift of stock:

STEP ONE: Transfer the shares.

If the shares are held at a securities firm or other brokerage account: Instruct your institution to transfer the shares to the Mid-Ohio Foodbank account at Huntington National Bank with the following information:

STEP TWO: Notify us of your gift.

Stock donations often transfer to Mid-Ohio Foodbank’s account with no accompanying donor information. In order for the Foodbank to identify your gift and send a tax receipt you will need to provide us with the gift details requested below:

Please notify Mid-Ohio Foodbank of your donation by email, letter, phone or fax directed to:

Include the Foodbank in Your Will

By including Mid-Ohio Food Collective in your will, you can leave a lasting legacy that will help us end hunger.

Here’s how to include Mid-Ohio Food Collective in your will.

MAKE GIFTS FROM A RETIREMENT PLAN OR LIFE INSURANCE

You planned ahead so that you and your family could be comfortable in the years to come.  But you can help those who are struggling by:

Available to individuals 70 1/2 years of age and over, this is now the most tax-effective way to make a gift. Your donation can count toward your minimum required distribution and:

ALICE'S STORY: HOW HER LIFE CHANGED IN ONE MOMENT

“I remember getting to a spot in that hospital hallway where my legs just wouldn’t go any further.”

Alice didn’t expect to be living in Columbus right now. She particularly didn’t plan on a visit she made a year and a half ago stretching through two cold Ohio winters.

September 2013 should have been a joyous time for Alice, and for a while, it was. Her oldest daughter Erica was expecting a baby boy. The doctors had told Erica this pregnancy was high risk, but Erica had hoped so hard for a boy. She already had five girls – a 10 year old and two sets of twins ages 3 and 4. It was certainly a houseful, and this much-wanted little boy was to be the last.

Alice came up from Mississippi to lend a hand and welcome her newest grandchild. The delivery was tough. Erica’s c-section incision should have healed just fine. Instead, she developed a staph infection. Ten days later and with little warning, she collapsed.

Alice remembers getting the call. 3:17 A.M. When she reached the hospital, the staff sent her down a hallway to speak to the doctor. Halfway down, she knew in her heart that something was very wrong. The hospital chaplain was there. Erica had passed away at age 32. Alice’s life had completely changed in that moment.

Allyson and Allicia are now six. Khadejah and A’iesha age five. Alice also has custody of their older sister. The youngest, only ten days old when his mother passed, lives with his father but visits his grandmother regularly.

“It takes so much organization to keep everyone fed”, says Alice. “Tuesdays are my Mid-Ohio Foodbank days.” Other days are scheduled to volunteer at the Salvation Army or get the two older twins to girl scouts and tutoring. Alice and her grandchildren miss Erica every day.

“This is our own struggle, but the whole community pitched in. Total strangers have helped us out. The local pantry keeps healthy food on the table for the girls. We’re making it.”

According to Alice, “All I want is to raise these kids right. They’ll get an education, learn their manners, and know how important it is to give back.” Little A’iesha wants to be a nurse when she grows up. Today, she’s just looking forward to the bag of plump grapes that she received at the pantry. She can’t wait to take them home and share with her sisters